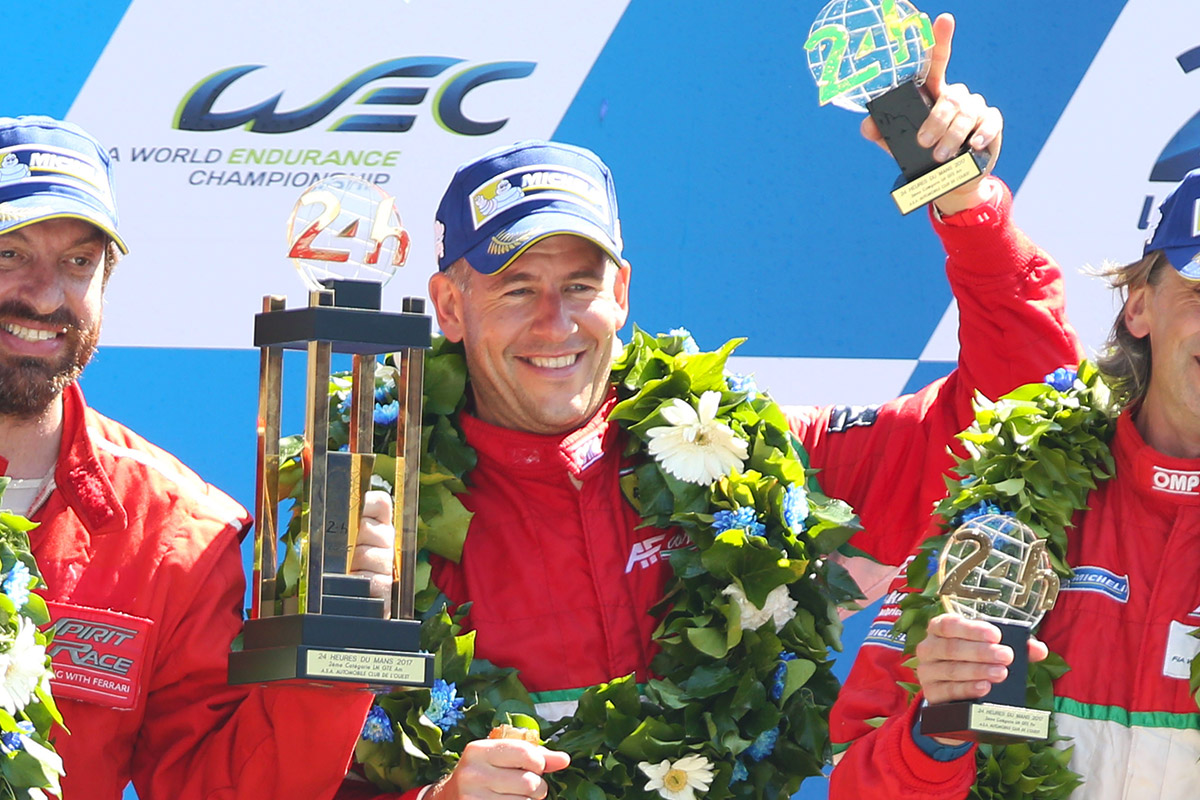 I started racing karts at 14 years old, my father works as an official in motor sport and for as long as I can remember all I wanted was to be a racing driver. I won races and Championships in karting at club level and moved into car racing via the BRDC Formula Ford Championship, which I won in 1999. After a season in British Formula 3 and then Renault Clio I decided to switch to GT racing in 2003.

Since then I have won races in British GT, Britcar, GT Cup, Historic F1, Group C and the European Le Mans Series. I won the British Endurance Championship in 2012. In 2017 I finished 2nd in the ProAm class of the Le Mans 24 hour in GTE and this has been a highlight for me of my racing career.

Of equal importance I have made a huge number of friends and associate in the motorsport industry and feel I have a good network.

In 2016, I started Akron Sport and in 2018 I formed Scott Sport after myself and former co director of Akron Sport decided to part company.

We have experienced great success on track some highlights include winning the Mexican Grand Prix supporting Formula 1 race and the recent Daytona Classic 24 hour with a Porsche 962. Off track we have also successfully built a number of race winning and iconic cars including cars for the legendry designer, Gordon Murray. For us success on track is measured partly by results on track but also by attaining customer satisfaction.

I am still actively racing and hungry for more success on track, I currently race for the Ferrari team AF Corse and our company, Scott Sport, is rapidly expanding.

Back to Team Profile